Smartlink | Samsung is ready to cut the cash, are you?
679
post-template-default,single,single-post,postid-679,single-format-standard,,qode-title-hidden,qode_grid_1300,hide_top_bar_on_mobile_header,qode-theme-ver-10.0,wpb-js-composer js-comp-ver-4.12,vc_responsive 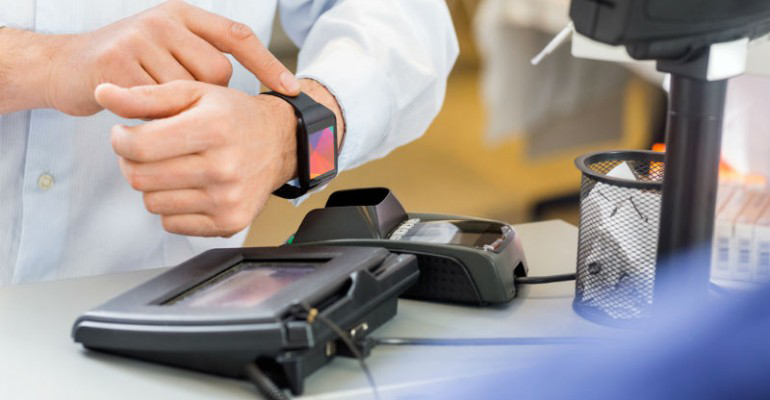 23 Feb Samsung is ready to cut the cash, are you?

One of the big debates happening at the moment is when – and indeed, whether – we will see the emergence of a cashless societywhere digital payments rule the roost.

We are already seeing it happening. Last year, cashless payments overtook physical currency in the UK and the release of services such as Apple Pay has helped propel mobile payments into the mainstream.

The debate will certainly rage on for some time, but one company ready to embrace a cashless society and help drive it forward is Samsung. Today at MWC I met two executives from Samsung’s semiconductor arm – Joerg Suchy and Thomas Arenz – both advocates of getting rid of cash once and for all.

And the reason is NFC. Samsung has been working with a company called SmartLink to create something called the Contactless Companion Platform (CCF), a customisable NFC payments service for mobile and wearable devices that allows users to pay for items their way, using their preferred form factor. The platform can store any kind of payment card as well as things like transport tickets or hotel room keys, with the phone being “the host to transfer NFC services to any form factor.

As Thomas delicately pointed out, “for many people NFC translates into No F***ing Clue” but Samsung is hoping the CCF will change that. Picture the scenario: Your son wants to go out to the cinema with his friends, so instead of giving him cash which can easily be lost of stolen, you distribute £20 to a wearable device. You then set a timeframe in which the money has to be used by and send him on his way. If the wearable gets lost of stolen, it can be disabled from the smartphone so only the wearable is lost, not the money.

The aim, Thomas explained, is to “replace inherently insecure things like cash and tickets and use the mobile phone to manage the distribution onto a form factor of your choice,” whether this be a wearable, smartwatch, ring of piece of clothing.

And when you think about it, the use cases are easy to imagine. Your ski jacket could have a sensor in the sleeve so you can get access to ski lifts or pay for food and drink without having to spend ages removing clothing and digging around in your pocket for money. When you go for a run or a bike ride, instead of having to take your wallet or cash with you, you strap on a wristband with as much money as you need.

Now, people will argue that removing cash altogether would be quite a drastic move, especially when dealing with larger sums. But moving mountains isn’t the idea. Joerg thinks things need to stay as “close to cash” as possible in the early stages to ease security worries. We’re talking about those small payments that we all make every day, where convenience is the top priority.

So, Samsung’s semiconductor arm is very much looking ahead to a world of digital payments. The only question is, will the public be ready and willing to cut the cash?